Last weekend, we all went in search of a sprig of lily of the valley to offer to our relatives, friends, colleagues, neighbors… The lily of the valley (« muguet » in French) is a rhizomatous perennial plant native to Japan. It is, since the Middle Ages, present everywhere in Europe.

By the way, where does this very French tradition come from?

In Greek mythology, the lily of the valley was created by Apollo, God of arts and poetry, so that his nine muses could walk on a carpet of scented bells – noble attention!

In ancient Rome, the renewal of flowers was already celebrated at the end of April/beginning of May, during the Florales. The Celts, as far as they’re concerned, used to celebrate Beltane on the eve of May 1st, one of the four great festivals of the Celtic year, which marked the transition from the dark season to the season of light. It was also the beginning of the agrarian work and the field activities (it marked incidentally the beginning of hunting, conquests, raids and wars…)

Much later, on May 1, 1560, King Charles IX, then 10 years old, was offered lily of the valley by the knight during a visit in the Drôme region. The following year, which was also the year of his coronation, the king appreciated the gesture so much that he decided to take up the idea. He would then offer, every first of May, a sprig of lily of the valley to each lady of the court. The fashion was launched!

It is only in the XIXth century that the lily of the valley will gradually make its return on the scene, in particular under the impulse of the singer Felix Mayol who receives a sprig of lily of the valley from his friend Jenny Cook in 1895… and proudly wears it in his buttonhole during his first representation at the Parisian Concert. He will make it his emblem… The emblem will be taken back, as from 1921, in the patch of RCT, rugby club of Toulon, in tribute to this iconic figure of the city. 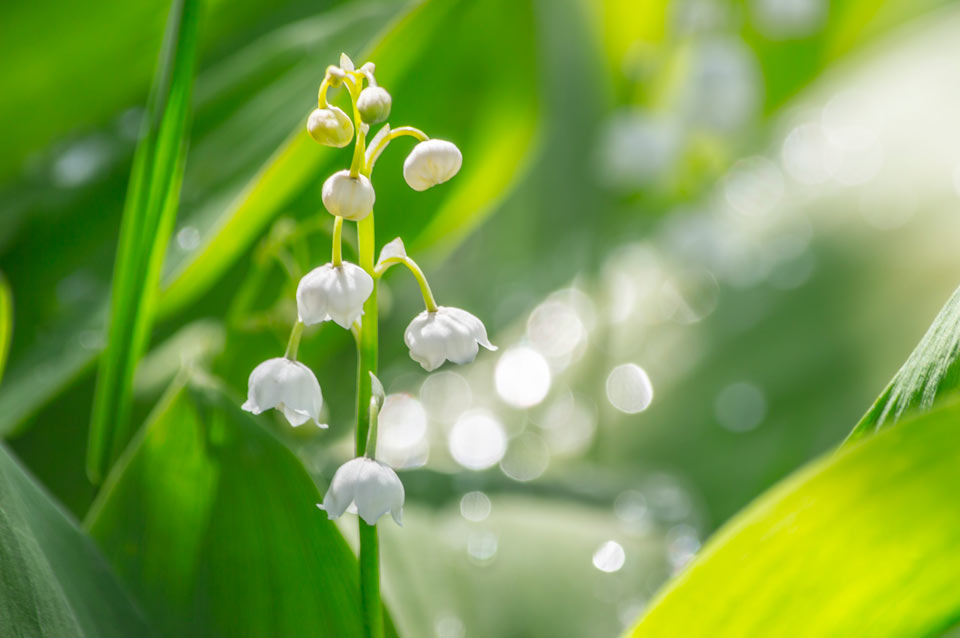 Since then, the white bells with their subtle perfume carry, as often flowers do, their subliminal codes: a sprig of lily of the valley is a token of feelings or a token of sympathy, three sprigs are a token of friendship and joy, thirteen sprigs, a token of eternal happiness! For the anecdote, Kate Middleton‘s wedding bouquet was composed of lilies of the valley, hyacinths and ivy…

You know (almost) everything about lily of the valley… Be happy!